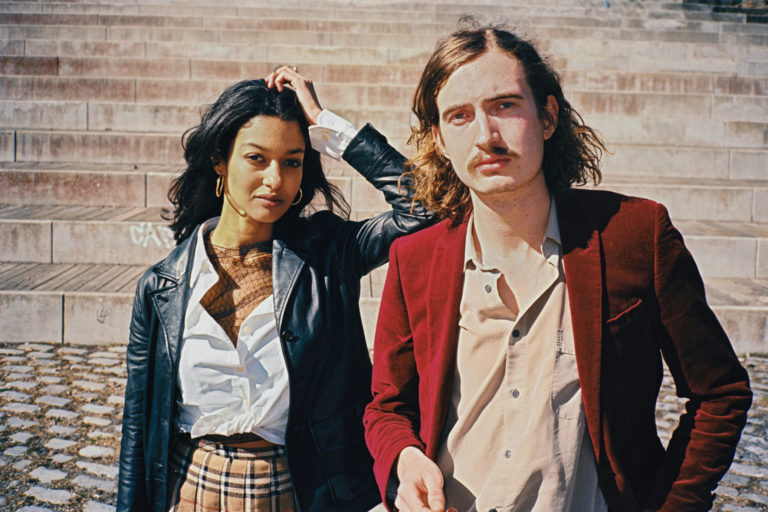 Morabeza Tobak is a little tobacco store by Mariatorget in Stockholm. And they’ve been the beneficiaries of a significant amount of free advertising recently, as their name has been borrowed (with a slight translation change) by pop duo Morabeza Tobacco. Gustav and Vanilla met when he saw her DJing at an underground club in Norrköping and was blown away by her set. Introductions were made, songs were swapped online and they decided that their shared musical taste made collaboration seem a worthwhile endeavour.

Out of that collaboration came ‘TTYL’, a song that’s since racked up over 900,000 streams, been featured on sites like The Line Of Best Fit, GoldFlakePaint, Pitchfork, GorillaVsBear and more. And in a slightly more left-field bit of appreciation, it was also played by the Irish actor Cillian Murphy when he sat in for Iggy Pop on Pop’s BBC 6 Music show.

When you listen to ‘TTYL’, it’s easy to see why the song was so quickly picked up by the alt music scene’s cultural curators. ‘TTYL’ sounds like the sun setting, its lo-fi, analogue air giving it a nostalgic warmth, an old, frayed-VHS charm. Combine that with its natural groove and rhythm, courtesy of the song’s funk-borrowed bassline, and the beautiful sadness in the duo’s vocals, gently overlapping each other, and the reasons so many fell in love with it are obvious.

But having a song as good as ‘TTYL’ as a debut single, as well as its being the first song the duo ever wrote together, poses the obvious question – Do they have anything else to offer, and if so, what? So hey, here’s the new single. ‘Defenders Of The Glam’, as well as having a terrific title, takes ‘TTYL’’s lo-fi, analogue aesthetic and uses it in the service of something more upbeat, more straightforwardly catchy and direct. ‘TTYL’’s sadness was passive, a sense of powerlessly seeing something slip way. ‘Defenders…’ is a song that shares a sadness, but in a more energetic, assertive way, a song about asking someone why you can’t fix the fuck-ups holding you both apart. That front-footedness is reflected in the music – ‘Defenders…’’s synth riffs snap and shimmer in up-tempo, energetic flow, the drums lock into the groove, and it all comes together for Morabeza’s take on an ‘80s disco classic.

Two sources provided the inspiration for the song, both going back to the band’s youth. According to Gustav and Vanilla, schoolyard daydreaming and ‘80s cartoons provided the creative fuel for ‘Defenders…’.

Gustav says: “As a kid I had a favourite cartoon called Defenders of the Earth that I used to watch. It was a crossover hero thing with Flash Gordon, The Phantom, Mandrake and more. I still love the intro theme, so we wrote something mimicking the feel of that soundtrack. A few years later we listened to the first version and it sounded pretty dodgy and just bad but it really wasn’t, it was just the instrumentation and recording that was off and needed to be spiced up. The instrumental is like an homage to Defenders of the Earth, while the vocals tell another story that is more present. ‘Defenders Of The Glam’ was just the project name, which in time felt suitable for the song name. We want to pick up from where the glamorous disco tracks and sensual love ballads started disappearing”.

Vanilla says: “’Defenders Of The Glam’ is about the feeling of a childhood crush, the feeling when you’re head over heels about someone you saw in the schoolyard or in the lunch line. When the only thing one could do was fantasise and romanticise the day it would finally happen”

‘Defenders Of The Glam’ is out now on Naiv/ Luminelle, and you can expect more music from Morabeza later this year